I have heard so many variations to Lean FIRE, FIRE, and Fat FIRE it’s crazy. Yet the majority of the time people put a dollar amount on each of these in the FI/FIRE community. Let’s break down the numbers by the amount needed to be invested.

Now I’ll break down how that looks as passive annual income with a 4% SWR.

Why Attaching A Number To LEAN FIRE, FIRE, And FAT FIRE, In General, Does Not Work

You see these are all arbitrary numbers to define terms. I think as a community based on numbers and seeking freedom we could do a little bit better for new folks and make these definitions a little bit more realistic. I never understood why to paint the picture for these with such a metric. It really puts us in a corner and often It gets people confused and somewhat let down in my experience.

By the way, I love using Personal Capital to track all my numbers in the pursuit of FIRE!

On top of that, you will see rude comments or generalizations when someone mentioned they are pursuing LEAN FIRE due to these obnoxious numbers to define LEAN FIRE, FIRE, and FAT FIRE. This is why I think we need to instead turn this idea upside down and look at it again. Instead, I think we can learn something here and change the community in a better direction.

“For those that want to approach the problem of financial independence from a minimalist, stoic, frugal, or anti-consumerist trajectory.”

LEAN FIRE = being Financially Independent Retired Early on a Lean budget. Now there is a big difference in how I just labeled it. I did not give a number instead I gave an outlined variable that will depend on each person’s unique situation. To me this is the best way to explain LEAN FIRE especially to new people to the community. This way we can accuralte show others that LEAN FIRE looks very different depending on your lifestyle and wants.

To me that LEAN FIRE looks like around $20,000 give or take. It allows me to cover all my “needs” like housing, transportation, healthcare, activities, and food. But it does not leave me much of a safe buffer nor a chance to increase my lifestyle without having to go back to work. It also might not allow me to get the nicest housing, transportation out there. I might have to settle with say a used Honda Civic vs a New Honda Accord.

FIRE = being Financially Independent Retired Early on a Normal budget. This outline again is unique to everyone and what they feel like would be their normal lifestyle. Mind you this could also depend on where you live, HCOL vs LCOL. Yet FIRE would also allow the person to move and relocate if desired.

FIRE = being Financially Independent Retired Early on a Normal budget.

The way I look at FIRE is around $30,000 – $40,000 of passive income a year. This would allow me to cover more than my needs. I can cover an upgraded lifestyle from what I currently am living here in San Diego. This would also give me a nice buffer in case I needed one. This will easily cover upgraded housing, transportation, food, and activities. This would say get me the new Subaru, or Ford Truck vs the used way older model. It would give me the opportunity to say go out to eat way more than we already do plus get the lushes housing without any concerns.

FAT FIRE = being Financially Independent Retired Early on a Fat budget. When I say “Fat” I really mean that. What looks like a “Fat” budget to one person might look like a “Lean” budget to another. This is why I am writing this post and hoping I can change the language we use surrounding LEAN FIRE, FIRE, and FAT FIRE.

FAT FIRE is $50,000 and above for me. This is because I feel I currently live a pretty lavish lifestyle buy what we want, eat out when we want, and basically do what we want on around $30,000 living in San Diego. So having to spend an extra $20,000 a year or about $1,666 extra a month honestly would be a challenge. Some would say a good challenge but still a challenge. This would cover not only all lavish spending but It would give us a crazy buffer. This would be me buying the new high-end Ford truck, living in the house that is way too big for us, filling it with way more stuff than we need, this would cover any instagramable vacation we wanted.

Fate in a way would have it I will be landing arguably in the FAT FIRE range. This is not by me working more years to want to live some kind of crazy expensive lifestyle. Instead, it’s because I choose a career with great benefits and stuck to it. I will have a pension that will give me roughly around $30,000 a year. My goal is to have my pension cover all of my expenses. After that, I should have around a passive income of $20,000 – $30,000 from my investments that I plan to not touch unless I need to. On top of that, I will more than likely get some form of disability from my 20 years of active duty in the Marines, side hustle income from freelance work, and maybe some income from REI.

I personally love using CC hacking to get free money and get me closer to my FIRE number!

“Leanfire= a focus on retiring as early as possible, by maintaining a minimalist lifestyle. (The cutoff on this sub is 50k/y, but true leanfire is closer to 30k in my opinion).”

“Fire: retiring with an “average” lifestyle. Numbers vary between people.

“I would describe it as adding a stoic, minimalist, anti-consumption angle to the pure financial focus of FIRE. That generally allows for a high enough savings rate to retire very young, even on a very average income, while not requiring making sacrifices and still getting to do the things you want to do. Also, it frequently involves really unorthodox lifestyle choices.

Some people look at it the wrong way, like let’s take this normal budget and cut everything fun out, and boom, leanfire! Whereas in reality leanfire people often spend WAY MORE on fun stuff, because they keep their general overhead low, particularly with things like housing, transportation, and food. For example, we simultaneously spend way less overall than anyone we know (27K/year), but also way more on travel specifically than anyone we know as well(10K out of the 27K). So we’re able to both travel to half a dozen countries every year in addition to our other hobbies, but also save 60-70% of our (average) income with no real effort required. That’s sort of the essence of LeanFIRE.”

The Difference Between LEAN FIRE, FIRE, And FAT FIRE…

Thanks for stopping by. I use affiliate links to support this site at no cost to you if you believe you get value, please consider supporting me by clicking.

My favorite free financial tool to manage my net worth is Personal Capital. You get a $20 Amazon gift card for signing up.

My favorite free investing platform is M1 Finance. You get $10 for signing up. No trading or management fees plus you can buy fractional shares.

My favorite Credit Card Hack is American Express Platinum, Hilton Honors Aspire, and Bonvoy Brilliant AMEX. So far they paid me over $2,200 this year to use these cards.

My favorite phone service is Mint Mobile. You get a $15 renewal credit for signing up. I get a year of phone service for a rock bottom price of $240. As a guy who travels and lives in an RV full-time, this service has been amazing. 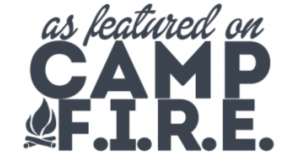 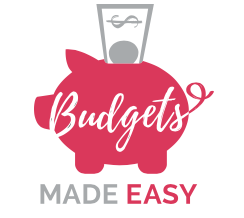 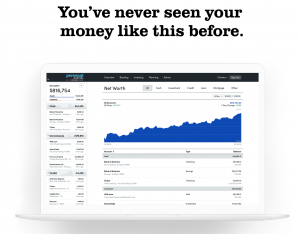